The construction of tunnels using conventional construction methods has always been a challenge to every engineer. Here, the engineer’s most important task is the evaluation of the geology and the selection of the right means of securing the excavation face until final completion of the inner lining. Wayss & Freytag already rose to this challenge in 1905 when building a railway tunnel using the conventional tunnelling method in Wasserburg/Inn in gompholite (Nagelfluh) and gravel.

The range of conventional tunnelling reaches from soft rock tunnelling (e. g. a metro tunnel in Munich gravel) and tunnelling in compressed air (e. g. Ostbahnhof metro station in Munich in Tertiary formations below groundwater) to classic drill and blast drives (e. g. Rennsteig Tunnel on the A 71 motorway, which, with a length of 8 km, is the longest motorway tunnel in Germany).

A milestone for the Koralm railway line from Graz to Klagenfurt: the double-track tunnel with a length of 1.7 km forms the centrepiece of this construction section. 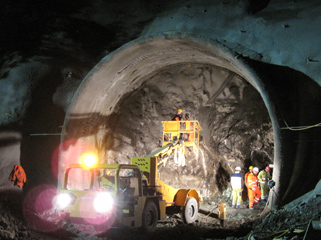 The Silberberg railway tunnel in the Thuringian Forest is part of the new Ebensfeld – Erfurt railway line. The new line connects the old and the new federal states. 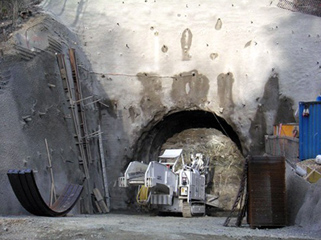 Due to an advantageous layout of tunnel portal and tunnel excavator is was possible to do without shunting bays and laborious shunting during the construction of the single-track railway tunnel. 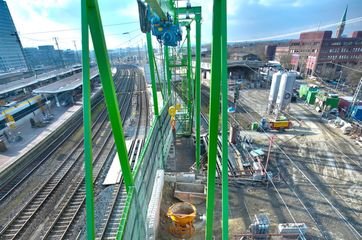 Accessibility and a steady increase in ridership place new demands on the infrastructure of the city railway station Dortmund. Conversion and extension of the light rail system provide the sustainability safely.