Building upwards and downwards – during the reconstruction of Germany industrial and residential buildings and a modern infrastructure are built. Wayss & Freytag plays an active role in the development and creates new inventions which render possible construction works at the highest level: Slipforming and climbing construction methods in building construction, the timed shifting method in bridge construction and shield technology in underground construction. 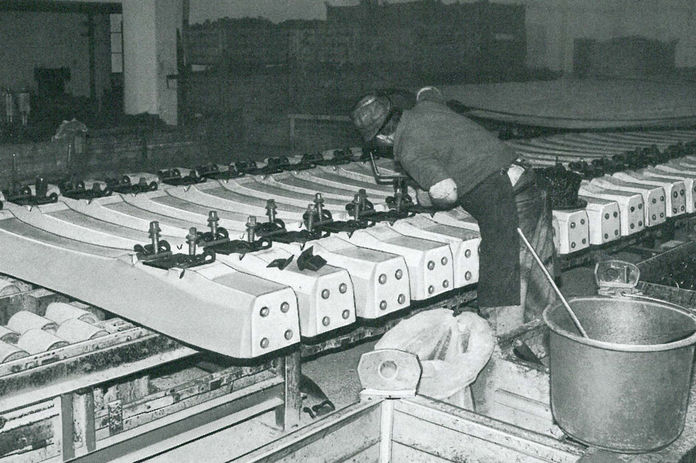 1950
A new "pillar" in Langen near Frankfurt

A new "pillar" in Langen near Frankfurt

Reinforced concrete sleepers can already be found in Monier’s patent specification of 1880. However, economically efficient solutions did not appear until after successful tests with prestressed sleepers had been carried out.

In 1950, Wayss & Freytag established a plant for the production of prestressed concrete sleepers in Langen. The sleepers which were produced there were characterized by a high dimensional accuracy. Due to a newly developed fixing for the sleepers in 1970, as a result of guaranteed directional stability in track geometry, train speeds of far more than 200 km/h could be achieved for the first time.

The sleeper factory was sold in 2003 after a change in the company’s core competencies. 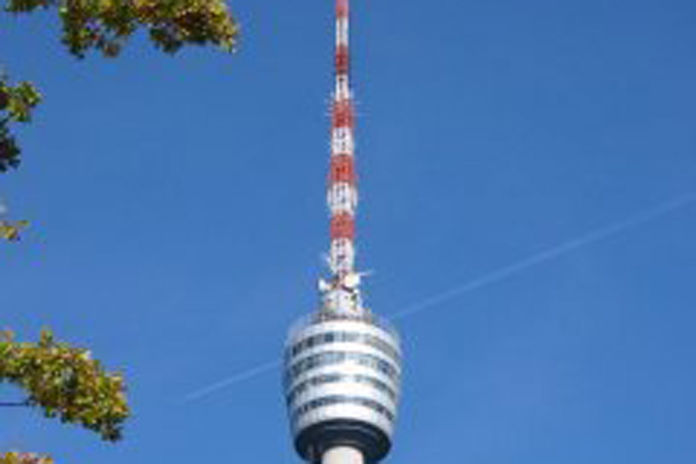 On the "Hoher Bopser" in Degerloch

In only 20 months the worldwide first television tower was built by Wayss & Freytag in Stuttgart. The tower situated on Hoher Bopser in Degerloch was built according to the designs of Fritz Leonhardt and Erwin Heinle and is a world-famous – and often copied – landmark of the city. The foundation stone was laid on June 10, 1954, the topping-out ceremony was on August 23, 1955 and the opening on February 5, 1956.

With its antenna, the Stuttgart television tower has a total height of 216.80 m and is made of reinforced concrete. The shaft diameter is 10.80 m at the base and 5.10 m at the tower head below the observation deck. The wall thickness varies from 80 cm at the base to 19 cm at the head. The foundation is an 80 cm thick footing with an outer diameter of 27 m. The observation deck, from which one can see the Swiss Alps in clear weather, is located at a height of 153.50 m. The conical pulpit, where a tower café, a restaurant as well as the kitchen floor and technical floors are located, has a maximum outer diameter of 15 m.

The television tower, initially controversially discussed in the city council, has been under monument protection since 1986. The Space Needle in Seattle and the Sentech – Tower in Johannesburg, among others, are modelled on it. On March 30, 2006 the tower was able to welcome its 25 millionth visitor. The construction costs of 4.2 m DM were already amortised after five years. 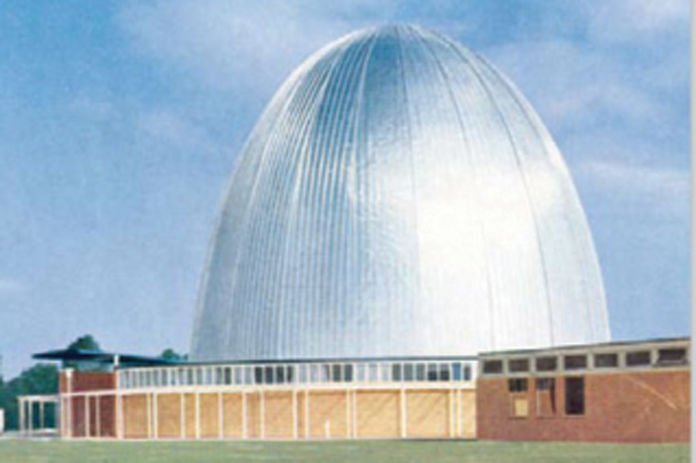 The "Atomic egg" in Garching

The topping-out ceremony for the research reactor in Garching, the construction of which was started by Wayss & Freytag AG in 1956, was celebrated on January 12, 1957. The reactor, which is under monument protection today, was shut down on July 28, 2000, however, the aluminium cased cupola still graces the coat of arms of the town of Garching (Gouvirihhinga), which was founded in 915.

W&F concentrated their best permanent employees from all parts of Germany and even called back a highly specialised employee from a contract in Iraq to build the ellipsoid which is both 30 m high  and 30 m in diameter and with a thickness of only 10 cm (!) comparatively much thinner than an eggshell. A total of 85 skilled workers used 250 m³ of concrete and 38 tons of reinforcing steel. During the cold winter of 1956/57 the concrete had to be permanently warmed.

The first person in charge of the research reactor was Prof. Dr. Maier-Leibnitz. He put the first German reactor into operation on October 31, 1957, whereby through neutron bombardment of uranium the first chain reactions were produced. On February 3, the plant was handed over to the Technical University of Munich in a ceremonial act. In the course of the following years the „Atomic egg“ made a name for itself with numerous innovative research works in the fields of chemistry, physics and biology. 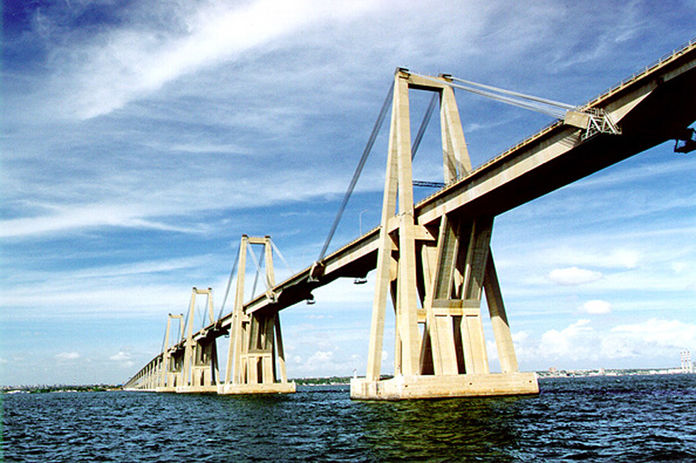 The longest concrete bridge in the world

Maracaibo is a port on Lago de Maracaibo (Lake Maracaibo) in the north west of Venezuela. Between 1958 and 1962, Wayss & Freytag built the longest prestressed concrete bridge in the world over Maracaibo Bay in a joint venture. The bridge was designed by the Roman engineer Riccardo Morandi. The motorway bridge, officially called „Puente General Rafael Urdaneta“, was opened to traffic on August 24, 1962.

The bridge is 8,272 m long and spans a total of 135 panels, the largest spans of the main bridge being 235 m long. The 5 m high and 17.40 m wide superstructure is at a clear height of 50 m above sea level. The load bearing system throughout the five main panels is a cable-stayed bridge, the steel ropes of which are run through 92.50 m high pylons.

For the foundation of the bridge piers, 62 large bored piles, each 50 m long, were driven into the ground. It was possible to win the French engineer Jean Kérisel (1908 – 2005), one of the most famous experts for soil mechanics, as a consultant for the foundation works. 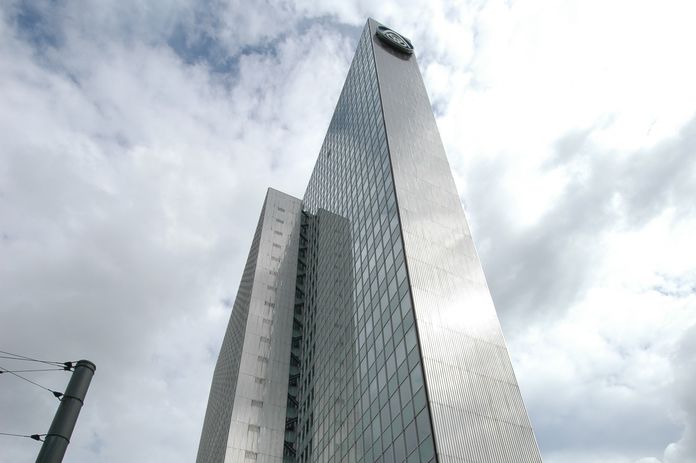 The Thyssen-tower block dominates the town

The Thyssen-tower block, also called „Drei-Scheiben-Haus“ (Three Slice Building) in Düsseldorf, which was designed by the group of architects HPP (Hentrich, Petschnigg & Partner), was built from 1957 to 1960 in a joint venture.

The name „Drei-Scheiben-Haus“ results from the chosen structure of the building of three wings offset against each other. The 94 m high office building, in the close proximity to the theatre, was the first high-rise building to be built in Düsseldorf after the Second World War. It was carried out following the American model as a steel-frame construction with reinforced concrete floors and curtain walls of stainless steel, aluminium and glass. The striking building in Düsseldorf Hofgarten has 29 floors. 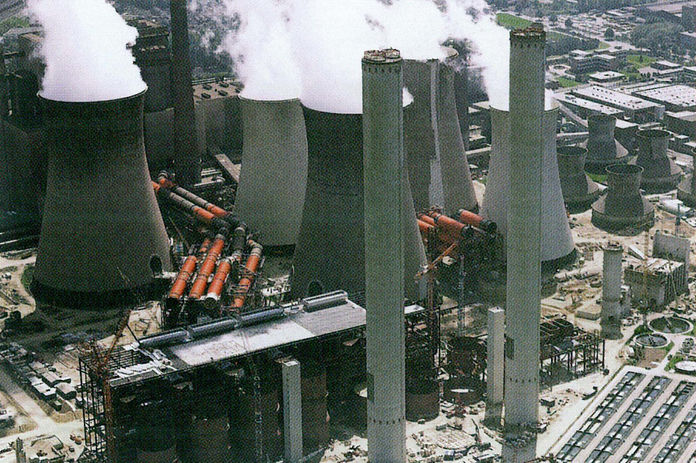 Since 1963, besides the climbing formwork for chimney construction, Wayss & Freytag has also been using a newly developed slip form, first only for cylindrical reinforced concrete shafts, but from the middle of the 1960ies also for conical chimneys. By using the slip form method it was possible to significantly reduce the construction times with slip forming heights of 8 m/day.

The slip form method guarantees a consistently high-quality execution. This method offers the highest possible standard of work safety in chimney construction, since there is no need to shift the formwork elements as is the case with the climbing formwork.

Chimneys and telecommunication towers to be constructed using the slip form method are calculated in the Technical Department of W&F AG with specially developed computer programmes which also take into consideration the impact of earthquake effects according to the basement response spectrum method. 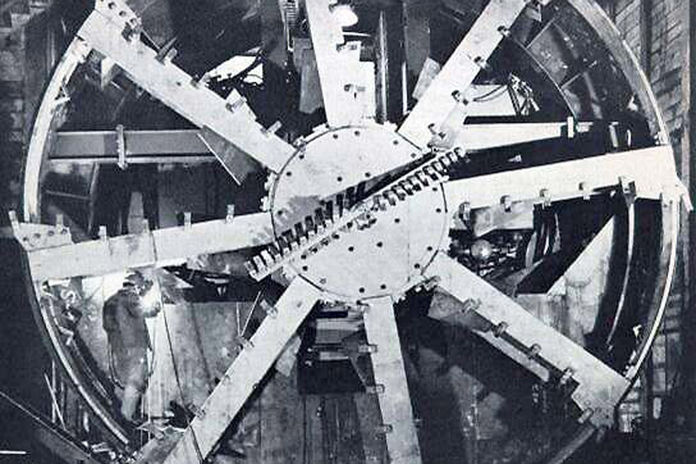 In the years 1966 and 1967, the North-South-Line (Line 6) of the Munich underground railway was built in a joint venture under the technical leadership of Wayss & Freytag. This double-track line runs from Odeonsplatz under Ludwigstraße past the university and then under Siegestor and Leopoldstraße to Giselastraße. The line consists of two tunnel tubes each 1,860 m long and three stations (Rheinberger Straße, Universität, Giselastraße).

For the first time in underground railway construction, a fully-mechanized tunnelling machine (TBM), designed by Wayss & Freytag, was used. The outer diameter of the TBM was 6.72 m and its length was 5.37 m. The TBM was controlled by 24 thrust cylinders. The lining of the tunnel tubes consisted of rings with four concrete segments each, whereby key stones were not used, and an inner in-situ concrete lining. A layer of Torkret-cement mortar 2 cm thick served as the adhesive base.

The maximum rate of performance during the tunnel drive was 20 m/day. Despite difficult ground conditions and relatively low surface cover, the ground settlement remained below 20 mm in the road areas and less than 15 mm under adjacent buildings, so that no damage to buildings or roads occurred. 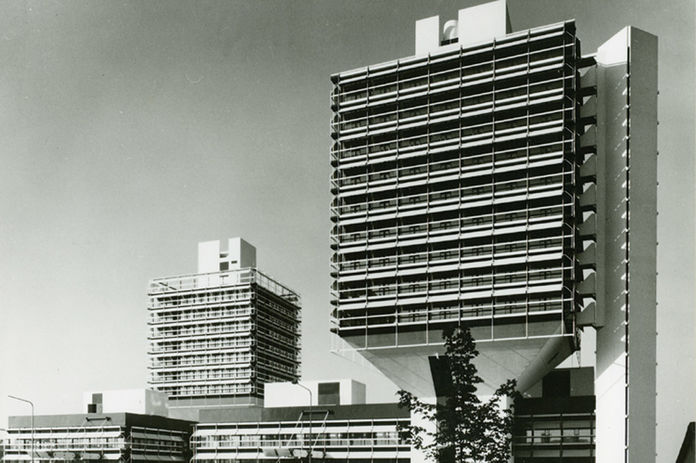 1970
The Olivetti building in Frankfurt

The Olivetti building in Frankfurt

One of the most striking buildings built by Wayss & Freytag AG with their own slip form department was the administrative building of „Olivetti GmbH“ in Frankfurt/Main. Besides the Y-shape elevation throughout several floors, the unconventional architecture wins through free-standing stair towers in exposed concrete quality. In addition to the emergency staircases, the elevator and staircase shafts inside the building were also built using the slip form method.