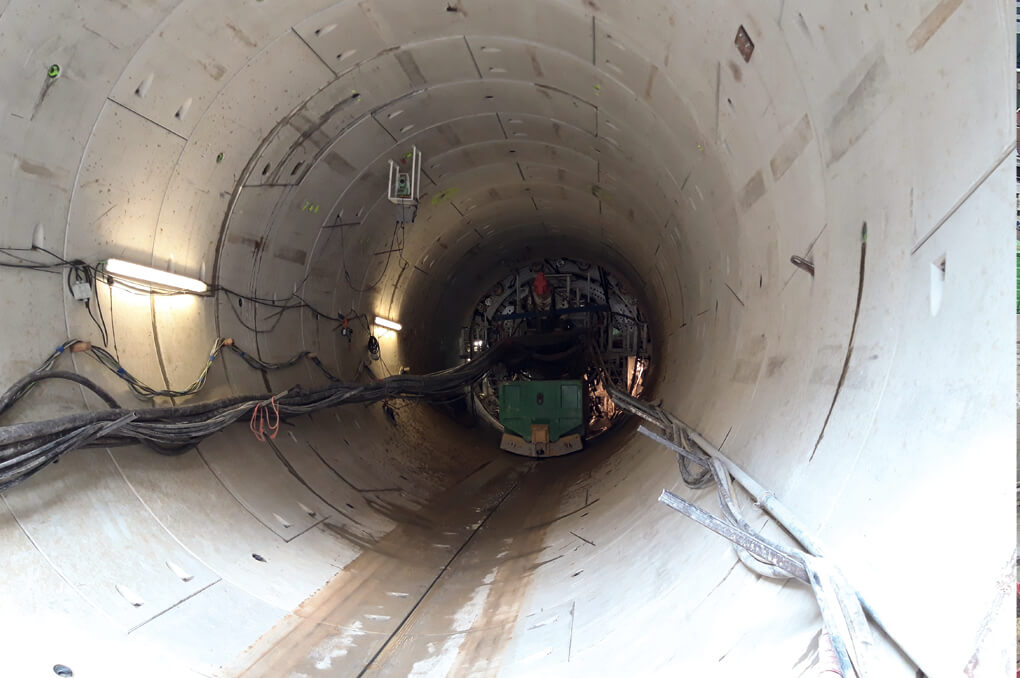 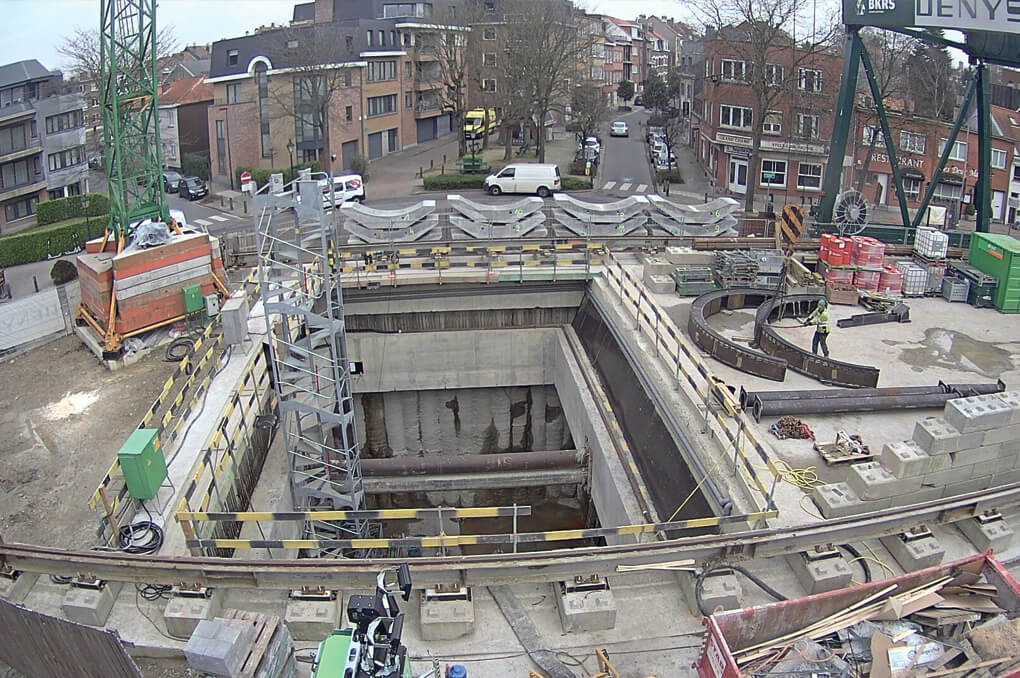 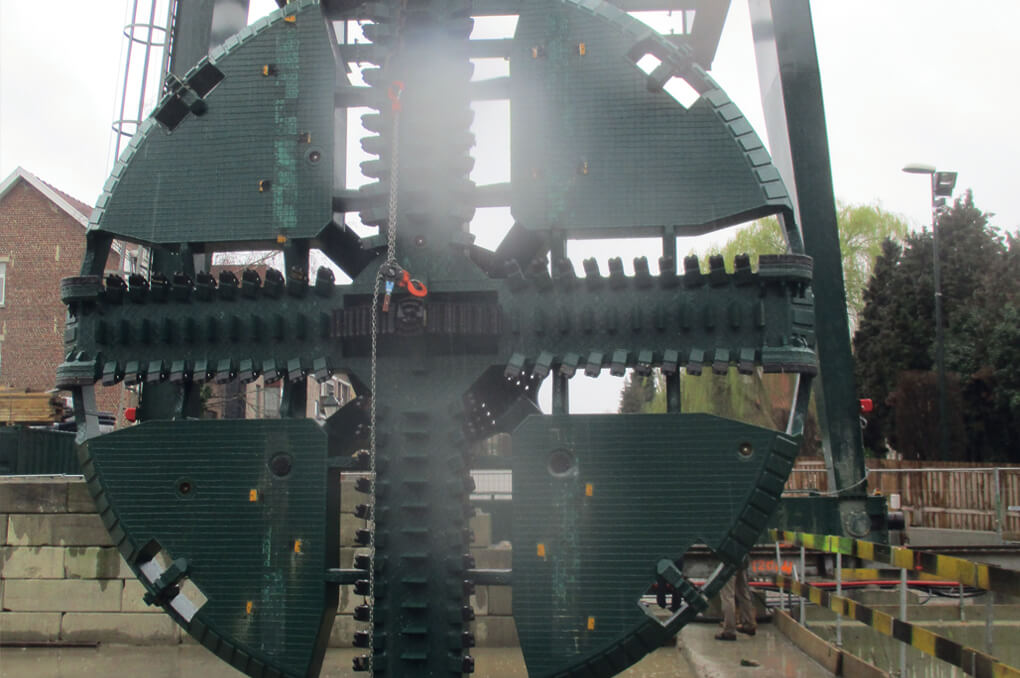 In Sint-Pieters-Woluwe, a municipality of the Brussels-Capital Region, located in the east of Brussels, a new storage sewer was built for the temporary intermediate storage of max. 8,000 m³ of rainwater. The construction of this storage was necessary because the existing sewer system of the municipality was overloaded during heavy rain events and flooding of streets and basements could occur.

The reservoir sewer was constructed by means of tunnel boring in segmental construction. An earth pressure shield was used for this purpose.

For the approach of the tunnel boring machine, a rectangular start shaft with overlapping bored piles was constructed at the "Koning Boudewijnplein" site. The shaft had a size of 17.40 m x 10.90 m, the bored piles had a diameter of 880 mm and reached a depth of approx. 17 m. The piles were cut in two.

From the starting shaft, the tunnel excavation ran almost parallel under the Grootveldlaan road for a length of approx. 375 m with a gradient of 1% before ending in a so-called blind hole. A target shaft for recovery of the tunnel boring machine was not provided. Therefore, it had to be dismantled through the tunnel, while the doubling, the cutting wheel and the shield tail remained in the ground. Transporting the shield, which is 4.85 m in diameter and weighs 55 t, through the tunnel, which is 5.2 m in diameter, presented a particular challenge.

A further difficulty arose due to the location of the construction site in an inner-city residential area with the associated problems, such as noise pollution for residents caused by construction machinery and delivery traffic, as well as the confined space conditions. The area of approx. 80 m x 25 m available for the site setup was not large enough to accommodate the complete TBM including all trailing units on the site for pre-assembly. In addition, it was not possible to lay out the launch shaft so large that the TBM could be completely set up for launch. For this reason, the trailing units had to be delivered successively, lifted individually into the shaft after the TBM had started up and integrated into the driving process. Also due to the lack of space, the backfill mortar had to be pumped through a concrete pipeline to the TBM, with a distance of almost 370 m to be covered at the end of the construction work. 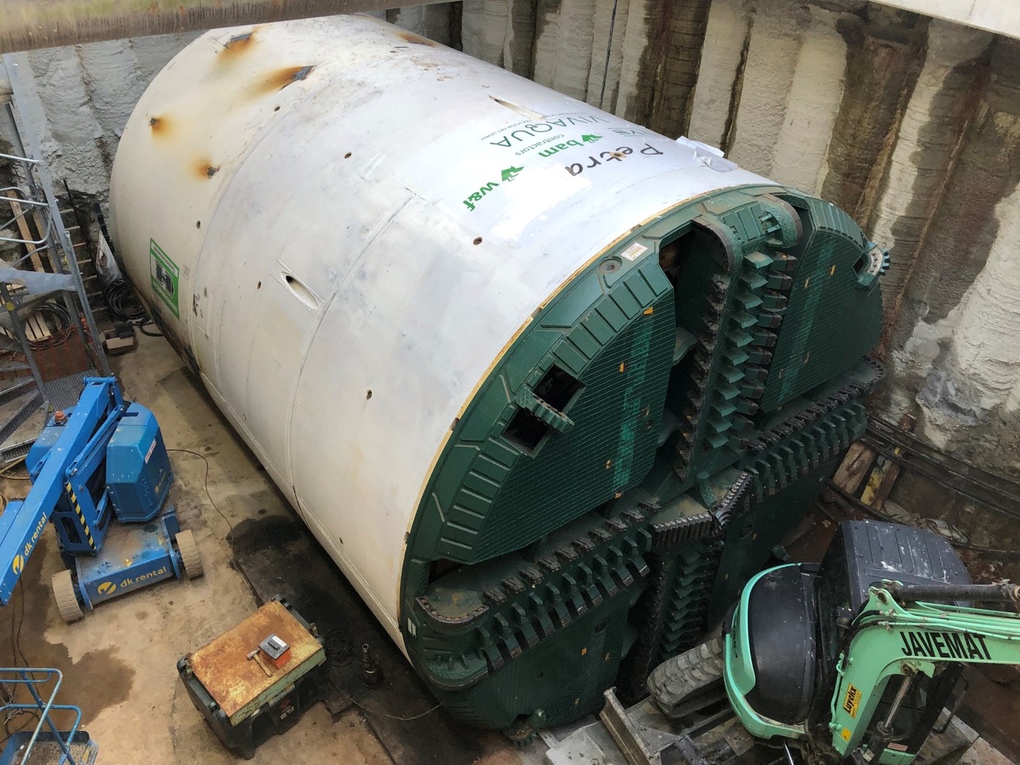 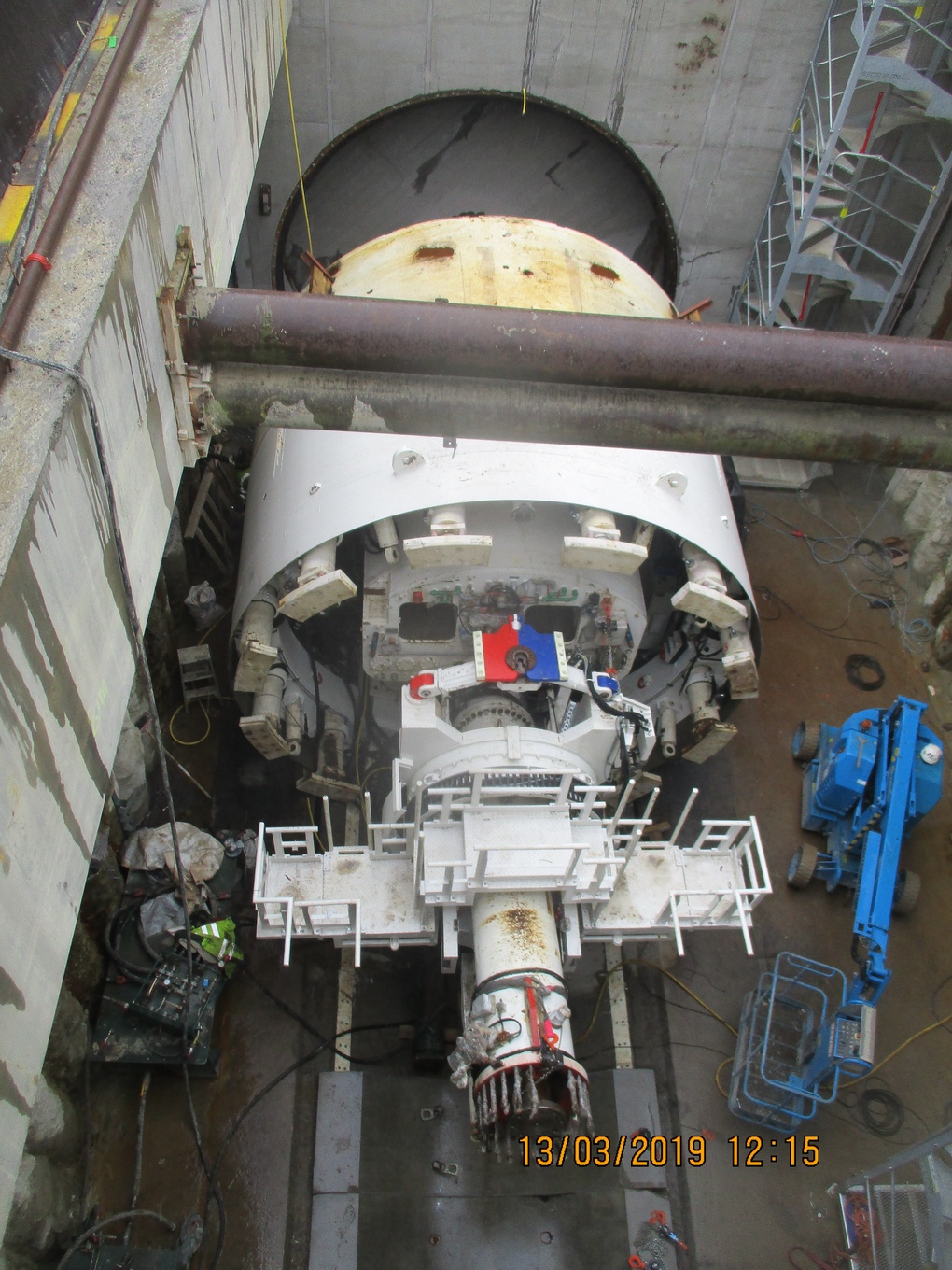 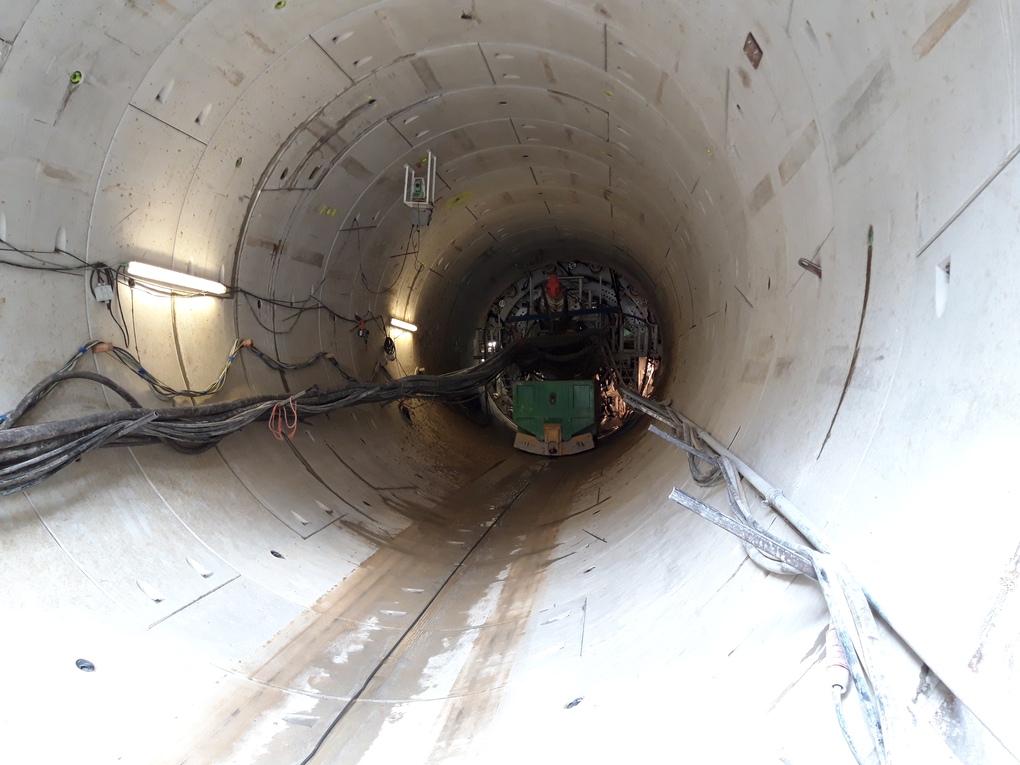 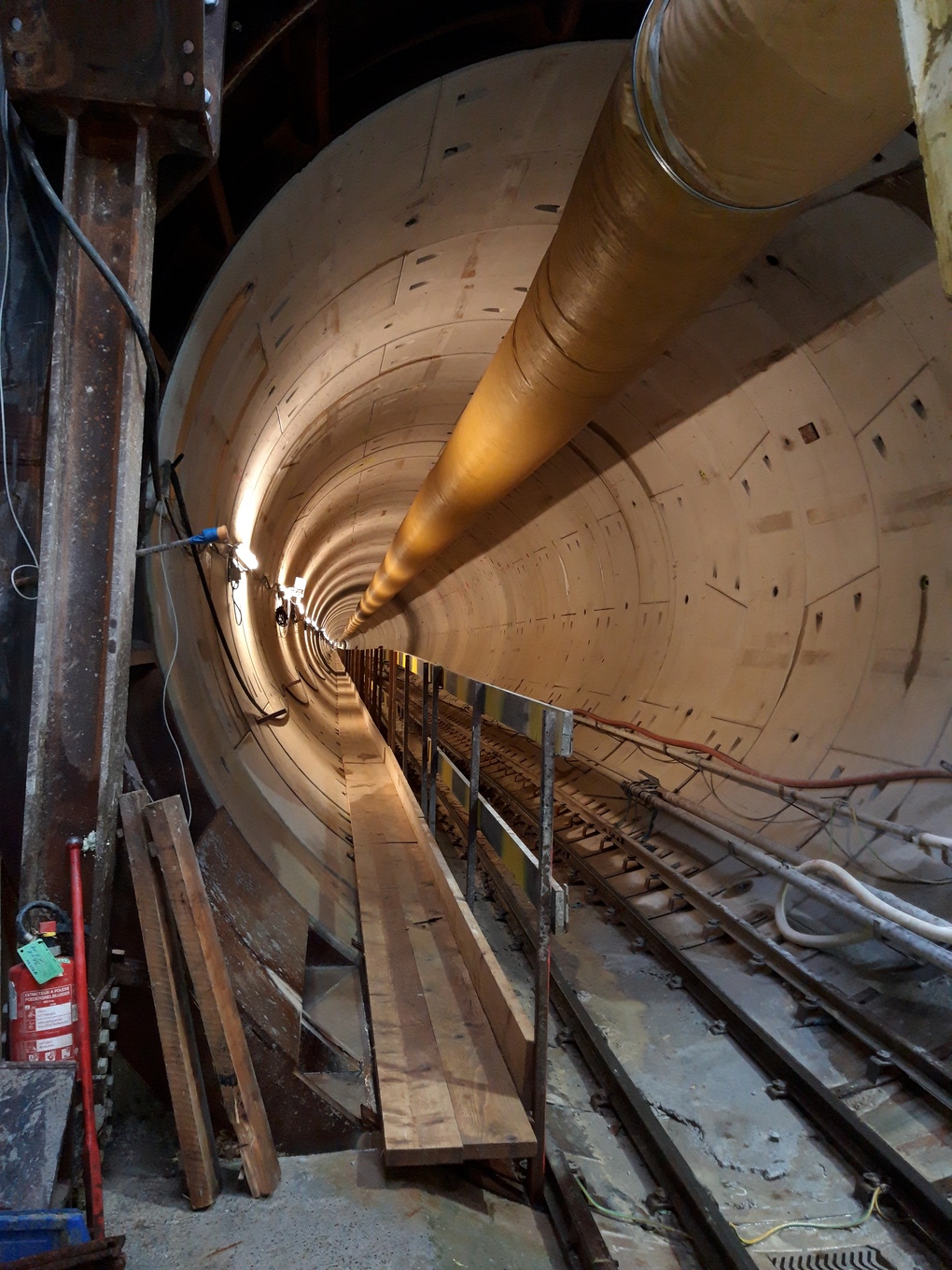 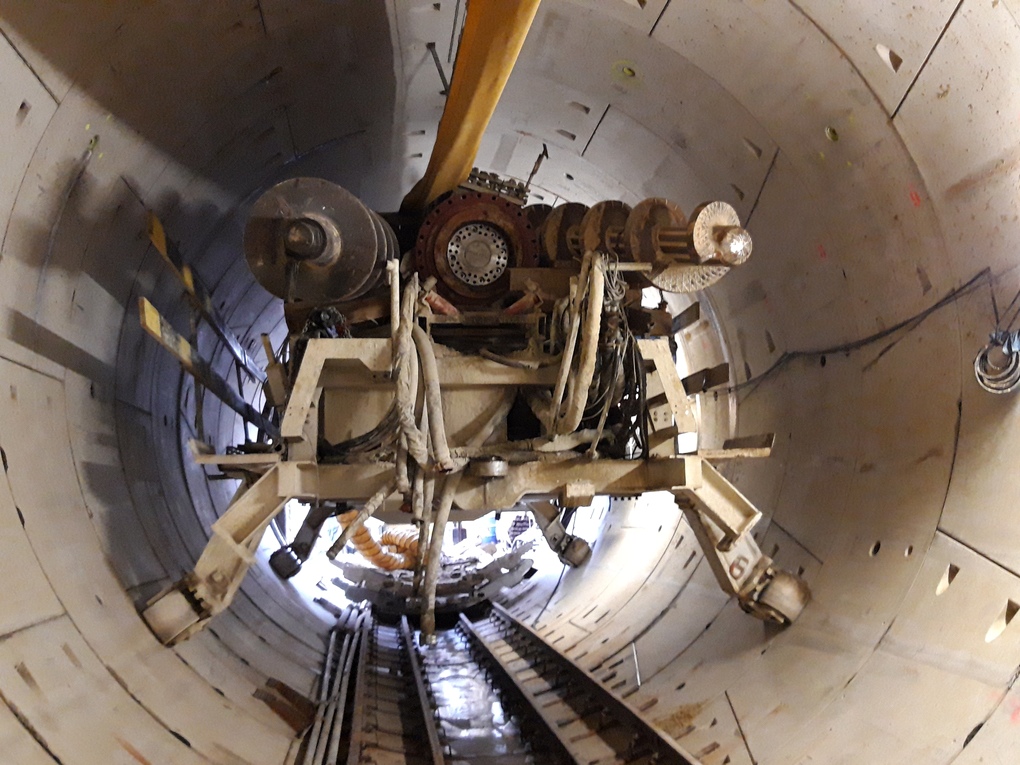 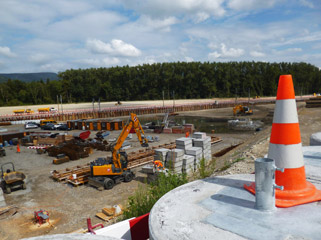 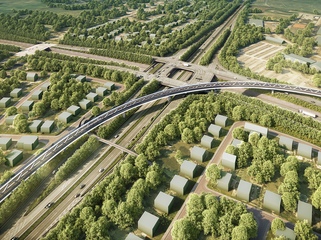 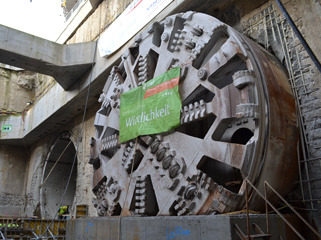