In-situ concrete diaphragm walls are mostly used as watertight and deformation-resistant sheeting elements for deep construction pits. Furthermore, they can be used as structural foundation elements. Such diaphragm walls can be built using the gripper or cutter method, whereas in rock only the cutter method can be used. In the gripper method, after the guide walls have been built, which serve to support and guide the gripper, the excavation of the diaphragm elements can take place under the protection of a supporting liquid (bentonite suspension). Generally, the wall is built sheet by sheet. Once the final depth has been reached, the sand must be removed from the supporting suspension. Then the formwork elements are installed with or without sealing elements and the reinforcement is put in place. The concrete is poured using the tremie method and at the same time the supporting liquid is pumped out. Contrary to this, in the cutter method the joints are formed by overlapping the adjacent sheets. The cut material is removed during excavation by pumping off the supporting liquid and conveyance to the separation plant. Here, the soil is separated from the supporting suspension and then transported to the dump. 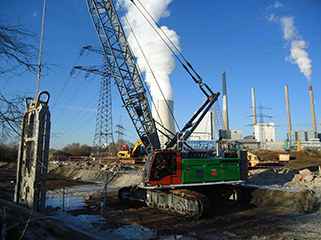 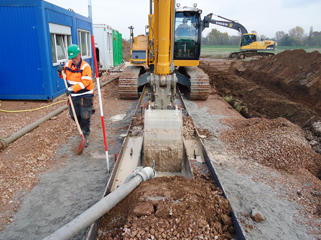 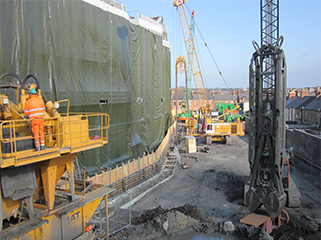 Metrostop Mater Stop in Dublin, Ireland has been constructed with diaphragm walls. 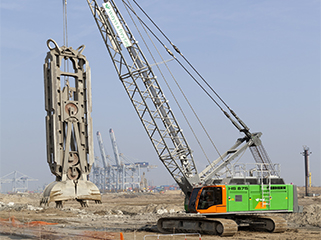 Approx. 90,000 m³ diaphragm walls have been built for the construction of Second Waaslandhaven Lock at the Antwerp port in Belgium, the world’s largest lock.