After a construction period of 7.5 years, the new railway line 161A in Brussels, Belgium has gone into operation. Wayss & Freytag Ingenieurbau, Tunnelling Division, built lots 1 and 2 of the new traffic artery in the heart of the Belgian capital as a member of the Leophat Joint Venture.

The new railway line 161A improves the infrastructure significantly, since it provides several new, direct connections: an underground link between Schuman Railway Station in the European quarter via Josaphat to the Northern Railway Station, a direct railway link to the Brussels Zaventem Airport as well as fast connections to both Antwerp and the Netherlands as well as to Liège, Aix-la-Chapelle and Cologne. Furthermore, the new line brings relief to Brussels’ Eastern suburban railway network, since it bypasses the North-South-link, which is already being used to capacity.

Lot 1 comprised the enlargement of the underground Schuman Railway Station from two to four tracks as well as the integration of these new platforms into a so-called “multimodal railway station” with a connection to the Brussels underground system.

The scope of works of lot 2 also comprised the construction of an approx. 1.5 km long tunnel from Schuman in the direction of Josaphat with an underground connection to the tunnel of the existing railway line 161.

Starting the works from the direction of Schuman, the existing diaphragm walls of the road tunnel under Kortenberglaan had to be extended downwards by up to 15 m over a length of approx. 1.1 km. This was done using the hand excavation method – a Belgium specialty. Afterwards, the excavation under the floor slab of the road tunnel was carried out and the railway tunnel completed. The remaining 400 m were driven below the houses at Jamblinne-de-Meux Square, where the opening for the railway tunnel was created under the protection of a pipe umbrella, which was driven using the pipe jacking method, subsequently reinforced and then lined with concrete. 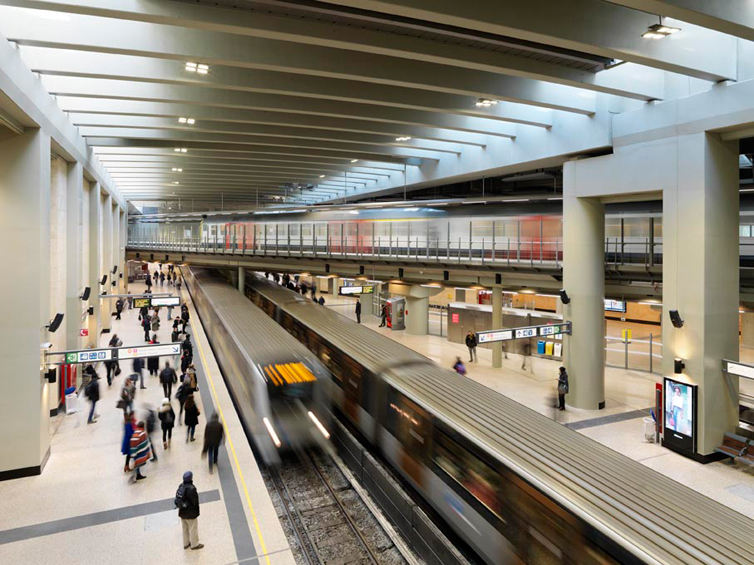 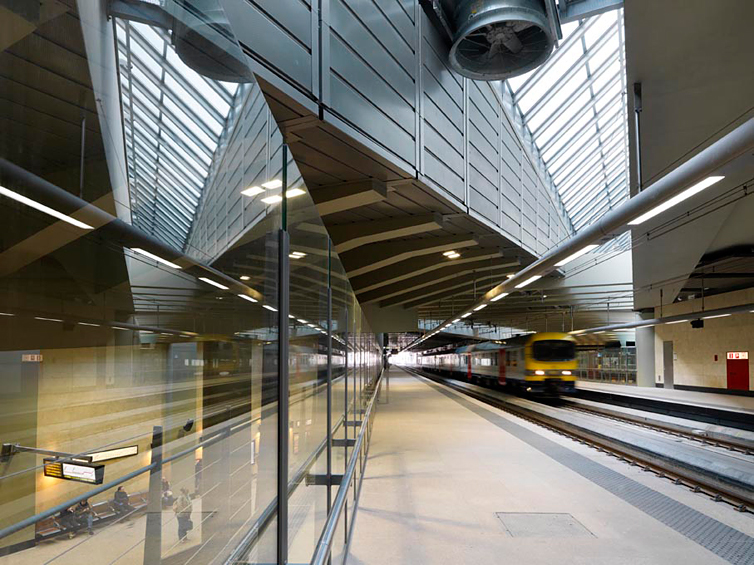