On March 3, 2016 the launching for the Rhine culvert Leverkusen took place in the presence of representatives from politics, from the client and the contractor. The operating company Currenta of Chempark Leverkusen is building a culvert under the River Rhine, as a replacement for the old Rhine culvert. The culvert will be driven by Wayss & Freytag Ingenieurbau, Tunnelling Division, with a pipe jacking machine DN 2400 using the hydroshield method. Prior to this the start and target shafts are built with bored piles and underwater concrete slab. The underpassing of the River Rhine is carried out with a maximum cover up to the bottom of the Rhine of 13 m.

The Mayor of Leverkusen as well as the head of the Chempark pointed out the importance of the construction project, since it ensures the safe transportation of the products produced in Leverkusen to the production site Dormagen. The pipe jacking works start in the middle of March. The 471 m long section shall be driven by the end of April. After completion of the pipe jacking works, the pipes for the media transport shall be installed and the concrete works in the shafts carried out. The project will be completed in spring 2017 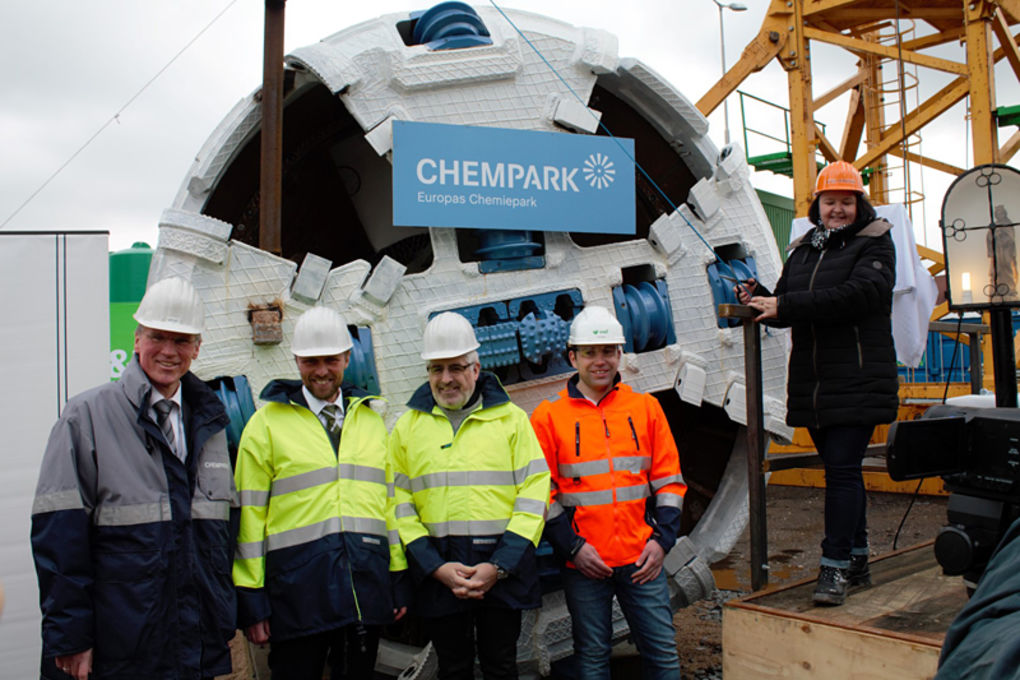