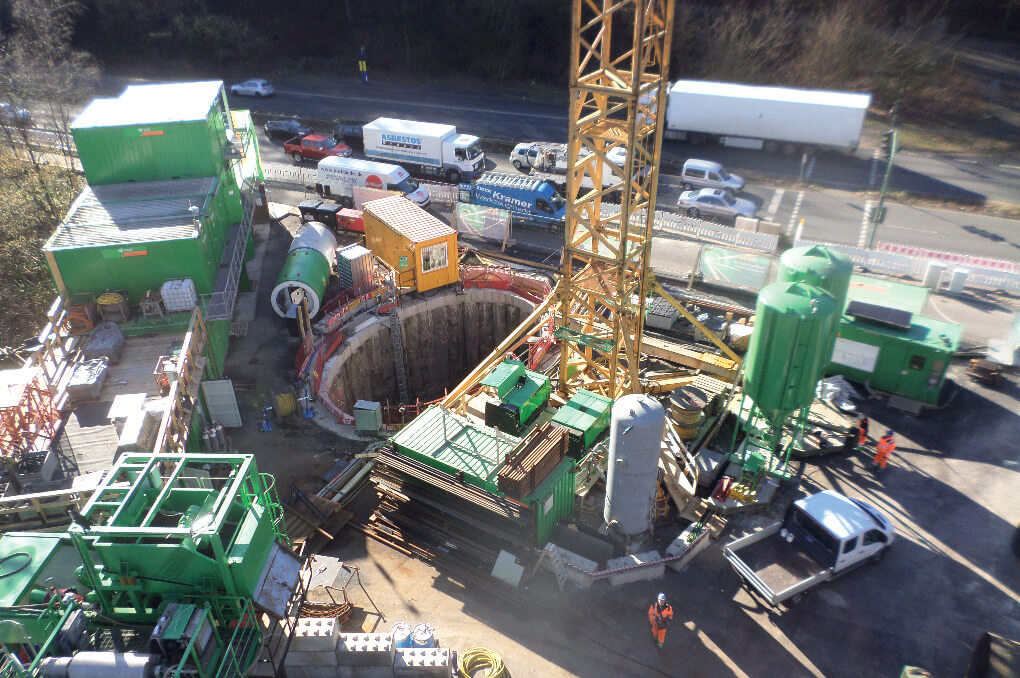 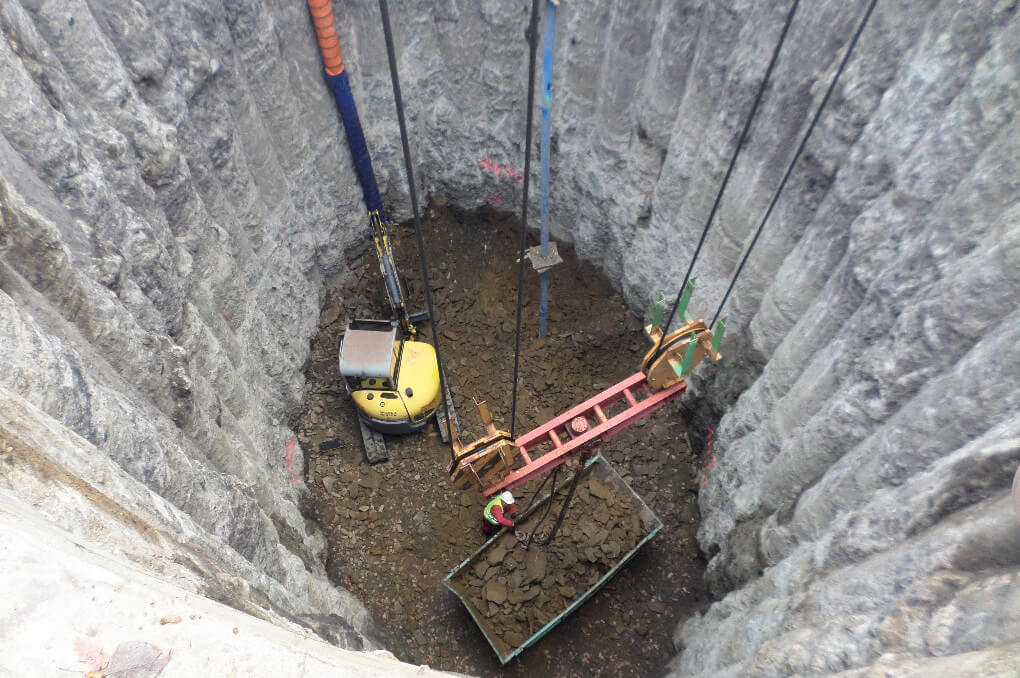 In Essen, the existing Überruhr pipelinetunel, which connects the Hinsel district with the intake system to the Essen-Süd wastewater treatment plant, was replaced by a new tunnel.

The new pipeline tunnel was constructed as a 2-pipe culvert using the pipe jacking method below the Ruhr River. In this process, a protective pipe with a diameter of 1.80 m is driven, into which two wastewater pipes made of GRP with diameters of 30 cm and 45 cm respectively and some empty pipes were later installed.

The pipe jacking was carried out with a hydro shield TBM. It begins in an oval start shaft in Wuppertaler Straße and ends in a circular target shaft on the opposite side of the Ruhr in Langenberger Straße on a school site. In addition to the Ruhr, the pipe string also passes under a railroad line and a bridge structure.

The two shafts, which are up to 28 m deep, were constructed using a secant bored pile wall.

The Überruhr pipeline tunnel has a total length of 612 m, of which around 532 m were driven in a straight section and around 80 m in a bend with a radius of 430 m. The tunnel was constructed by means of the bored pile wall.

A special challenge of the construction project was that the target shaft is located on the premises of a school and complex safety and noise protection measures had to be taken to ensure safe and smooth school operation. 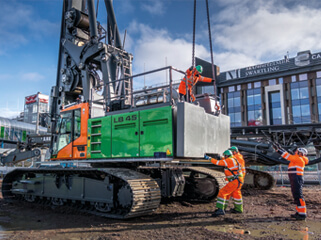 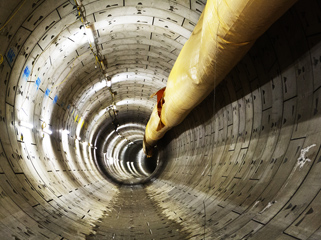 Railway tunnel and stations for the London railway system in one of the most advanced railway projects in Europe. 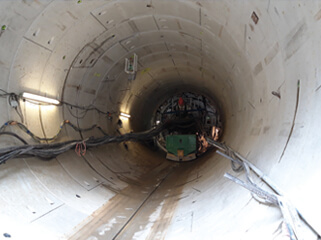 New storage channel in Brussels East stores up to 8,000 m³ of rainwater and provides relief during heavy rainfall.