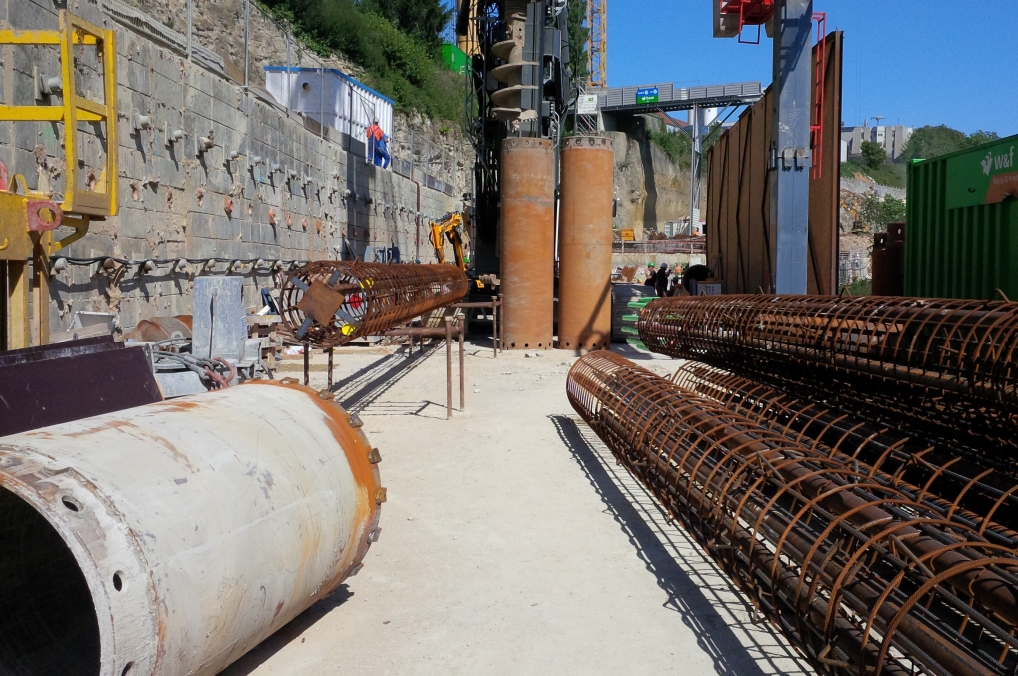 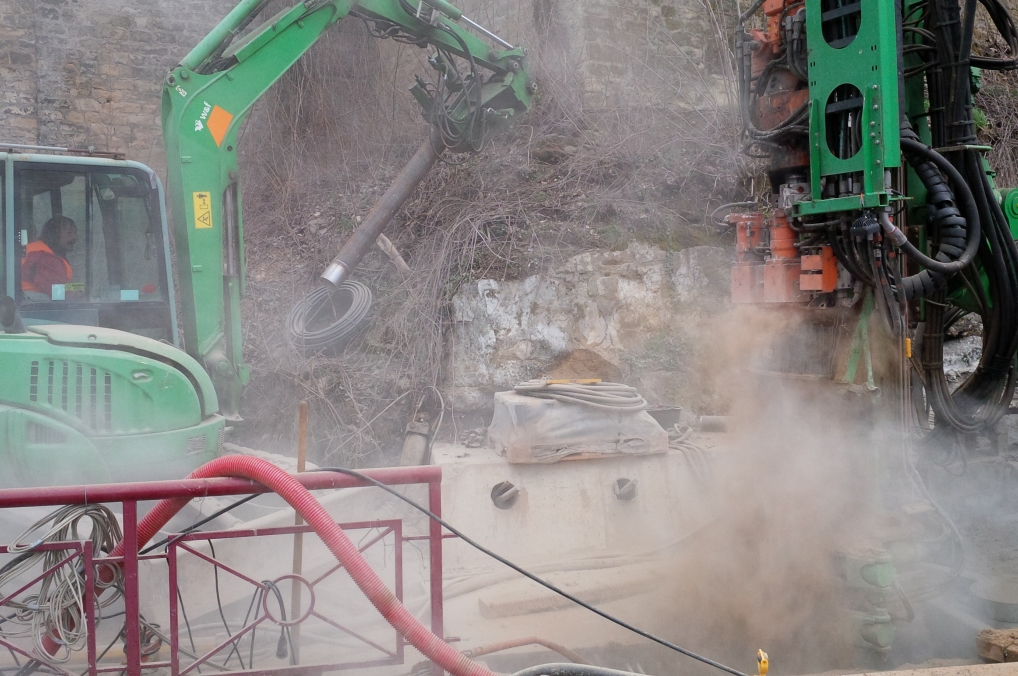 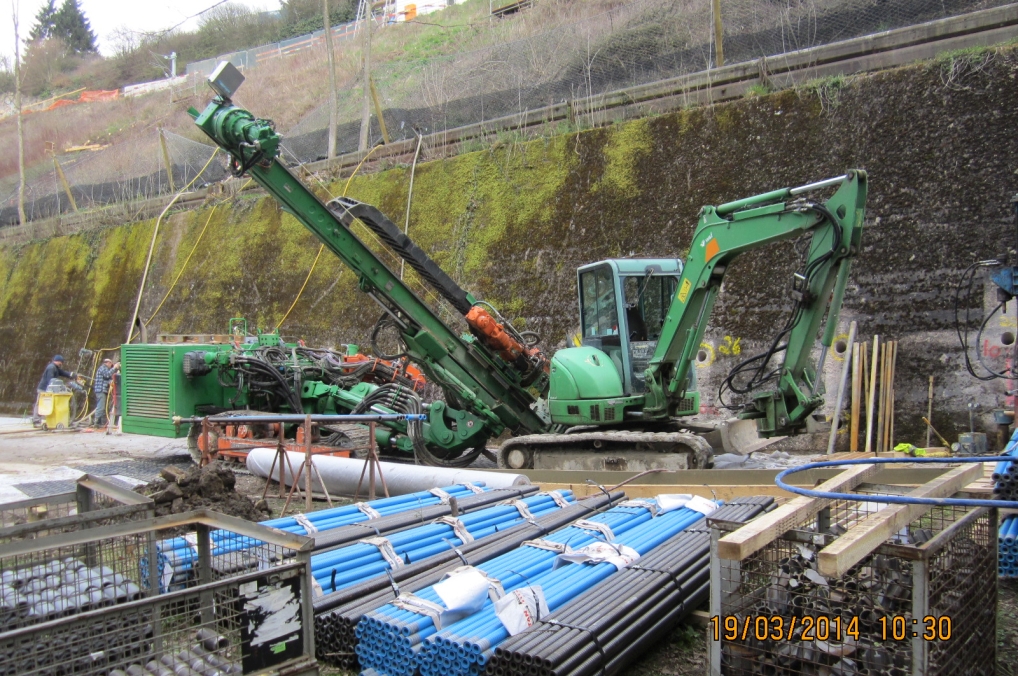 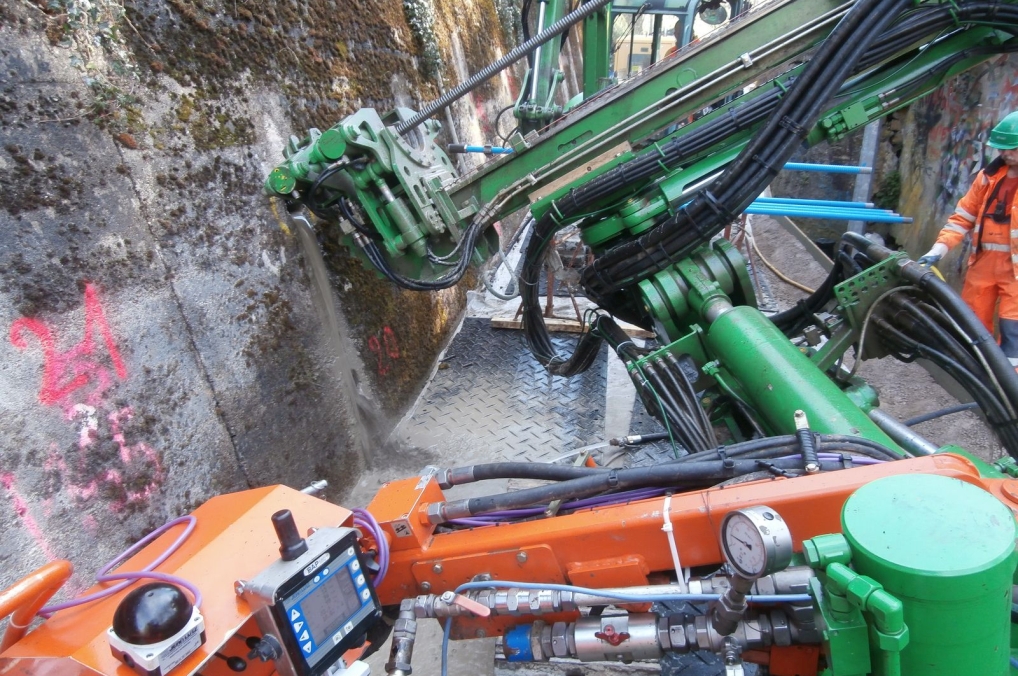 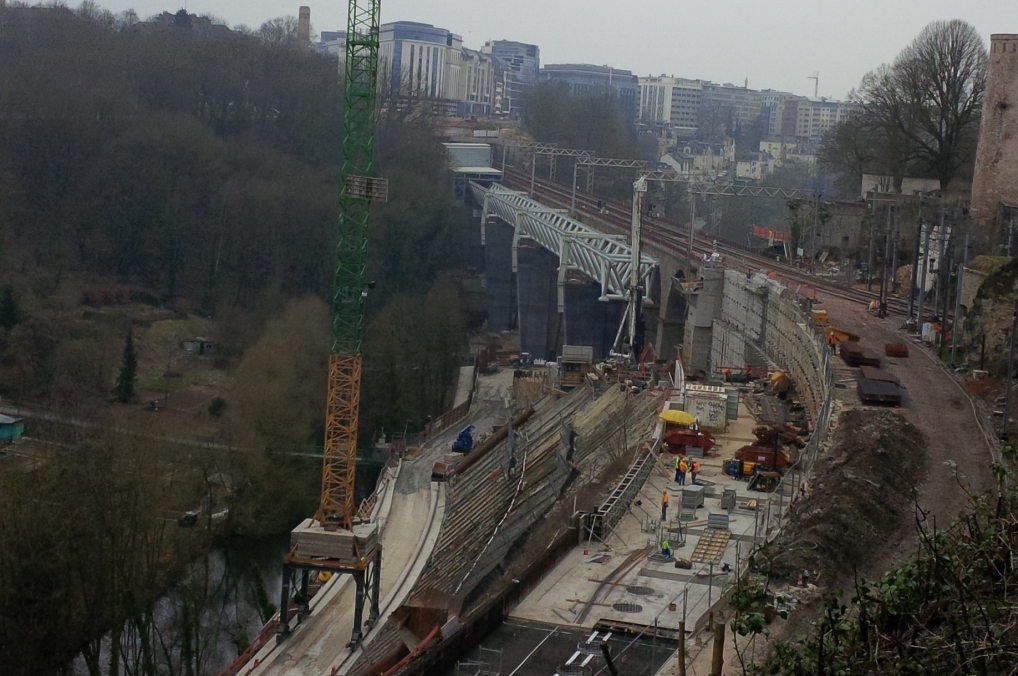 To secure a retaining wall which was required for the construction of a new double-track viaduct in the Luxembourg district of „Pulvermühle”, micro piles were used as a securing nailing. The retaining wall secures an embankment to a popular bicycle and footpath, which was closed during the four weeks of construction.

Due to the limited time the path was closed it became necessary to use two anchoring machines, one of which being a Keller drill, used because of the very restricted space. 104 micro piles of the Ischebeck 52/26 type were placed, with a double layer for corrosion protection purposes in the area of the retaining wall passage.

The nails are integrated in the marl/sandstone for a distance of at least 12 m, so that varying nail lengths between 24.5 m and 32 m were required depending on the respective rock layer.

To be able to define the integration length into the rock precisely, boring parameters such as advance, contact pressure and torque were electronically recorded. Stress tests were carried out on three piles which confirmed the bearing capacity of the micro piles. 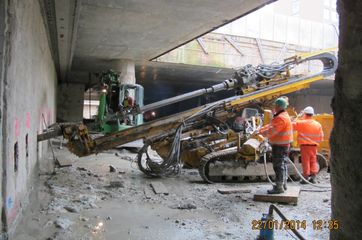 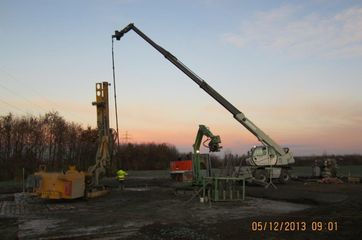 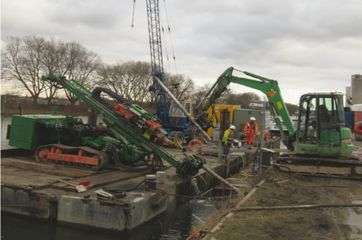