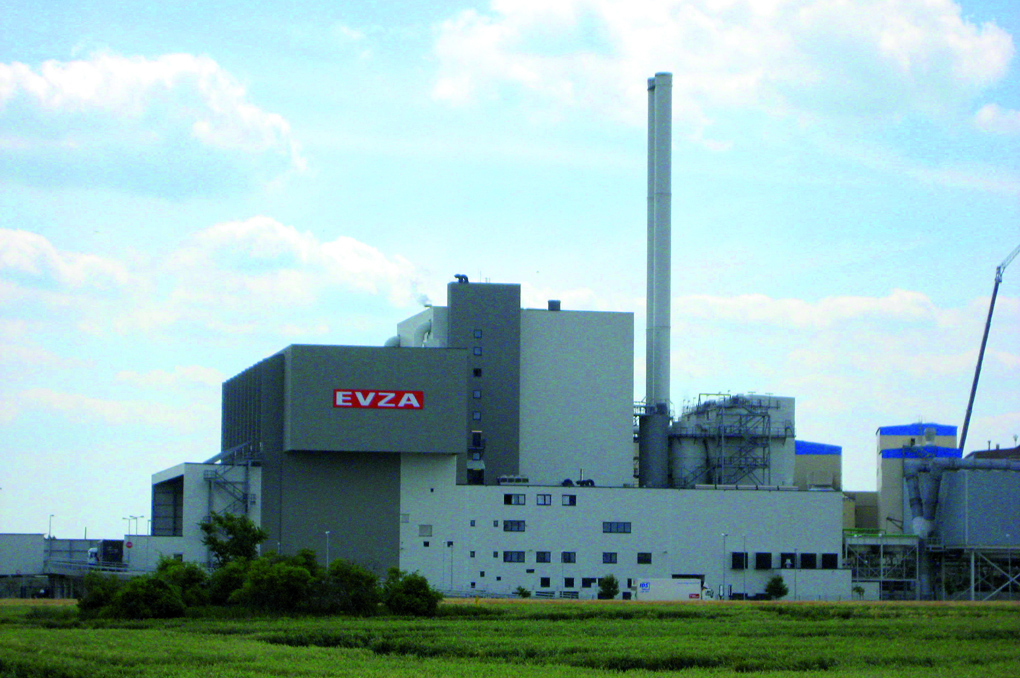 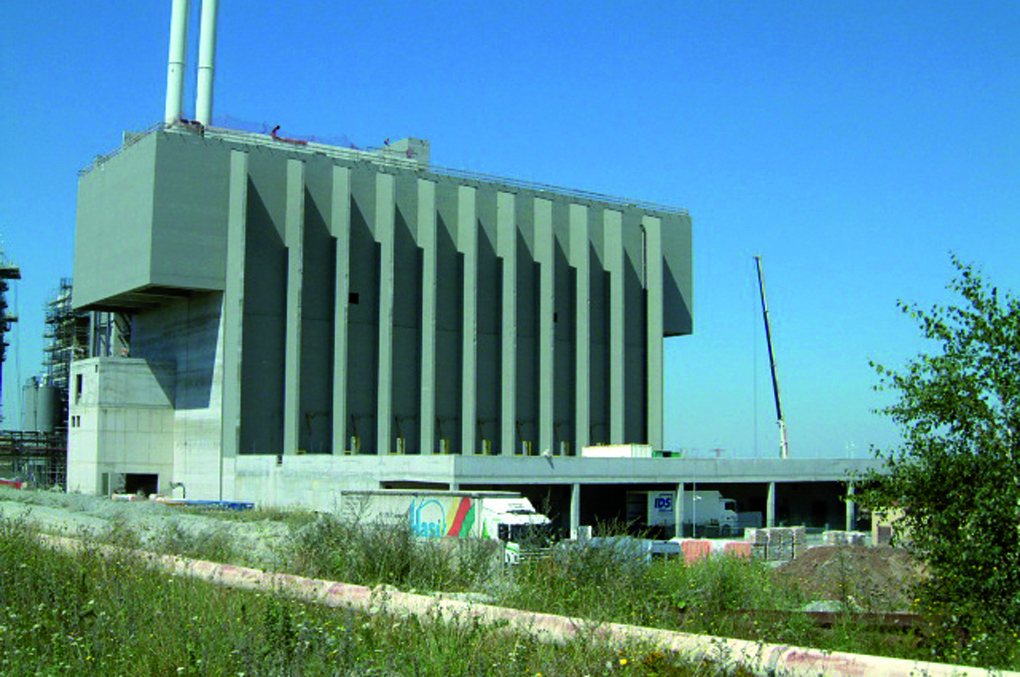 Total construction period
December 2005 to May 2008

Structure of the CHP

The waste is supplied through an elevated delivery area which can be accessed by a ramp. The unloaded waste is stored in a waste bunker where it is also partly homogenised with the bunker crane. The waste is then transported to the combustion grate by means of a feed hopper. In the boiler, the waste is incinerated. During this process steam is generated which is used to generate electricity. The ashes arising from the combustion are temporarily stored in a grate ash bunker and then transported to the landfill.

Next to the boiler house there is a flue gas purification plant. This plant covers an extensive area and comprises complex processes which serve the purification of flue gases before these are emitted through the chimney. Adjacent to the boiler house and the flue gas purification plant the switchgear building and the turbine building are located. Here, the centrepiece of the whole plant, the control room, is situated from which all relevant processes are controlled, analysed and operated. The plant also comprises a gatehouse with a weighing machine and tanks.

Location of the plant and plant data

The new waste incineration and processing plant supplies the existing and future production sections on the site of the Sodawerk Staßfurt GmbH & Co. KG (soda plant in Staßfurt) with thermal energy in the form of steam in addition to the existing gas and steam turbine industrial power plant. The excess energy is converted into electricity. The additional need for steam in the soda plant results among others from the planned capacity integration of soda plant 1 into soda plant 2 by substituting the natural gas currently used in the calcination process by steam. The plant has a total capacity of 300,000 tons throughput per year, whereas waste with a heating value of approx. 6,000 kJ/kg up to 20,000 kJ/kg is used as fuel (household waste, industrial waste and sewage sludge).

Construction of the bunker

The construction of the bunker with a floor area of 50 m x 27 m and a height of approx. 40 m was a special engineering challenge. The bunker was completely built of reinforced concrete using the slipforming method. Due to its size, the bunker was built in five sections with one vertical division. A horizontal separation at the height of + 20 m had statical reasons (wind loads during construction). Before the next slipforming section was started up to the final height, respective intermediate ceilings had to be built. Complex details, such as, for example, various recesses and projections in the walls or the simultaneous slipping of craneway consoles as well as the precise installation of various built-in parts had to be considered and were a special challenge. Respective check lists were prepared to guarantee a quality mounting. Also for the concrete (impermeable or waterproof concrete) special quality requirements had to be observed. The respective mixtures were prepared together with a concrete technologist and tested beforehand by sample concreting. 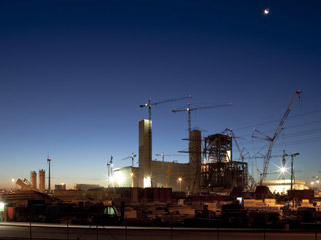 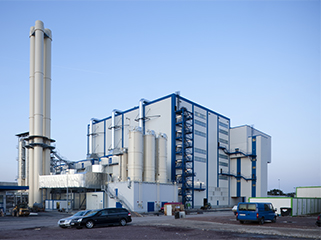 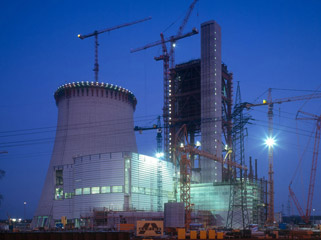